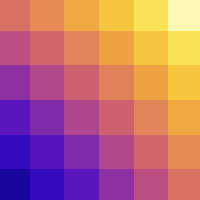 The production of the sea ice thickness climate data record of the ESA Climate Change Initiative (CCI) has been finalized. The files are currently being registered with their respective doi's and official dissimination will commence shortly.

The CCI sea ice thickness climate data record is based on 15 year of satellite radar altimeter data from Envisat and CryoSat-2 data and provides daily trajectory (l2p) and monthly gridded (l3c) observations between 2002 and 2017 in netCDF format. For the first time, the radar altimeter data record has been extended to the southern hemisphere with year-around freeboard and thickness retrieval which is possible due to the absence of melt ponds. The version of the product is v2.0 to indicate that this is the outcome of the second phase of the CCI project.

The dataset allows the investigation of sea ice thickness time series within the Envisat below a latitude of 81.45 degrees. Only with the onset of CryoSat-2 data availability, sea ice thickness observations are available in the high latitude (< 88N) of the central Arctic Ocean. In the Antarctic however, the Envisat type orbit is sufficient to cover the full sea ice cover which allows the analysis of true sea ice volume. 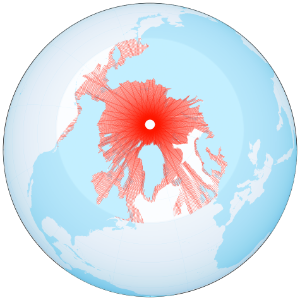 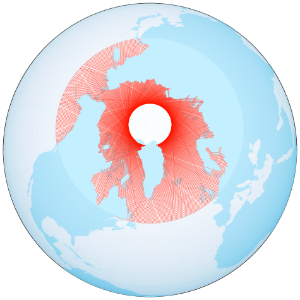 Mean monthly Arctic basin sea ice thickness in the winter month between October and April (within the Envisat orbit: < 81.45N) 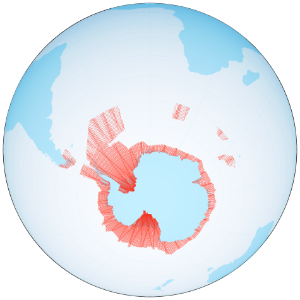 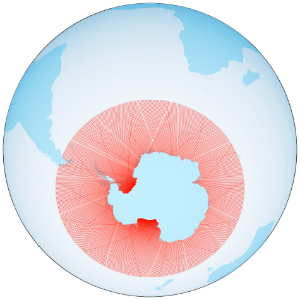 The climate record contains the all days/month for both satellites and hemispheres. Both satellites have an overlap period between November 2010 and March 2012 which can be used to study the different performance of the two radar altimeter generations for sea ice thickness retrieval.

A description of the datasets and a graphical coverage report of the daily l2p trajectory data is given below.