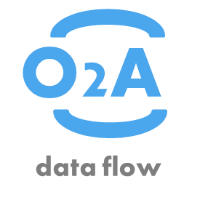 The software comes with preinstalled interpreters and a predefined set of libraries for Python 2.7, Python 3.6, and R 3.6 in a multiuser configuration called Jupyterhub. These environments are named “Anaconda-Python2.7”, “Anaconda-Python3.6”, and “R”.

Central instances of the Jupyter Notebook Server are available under https://jupyterhub.awi.de for all AWI users, and under https://jupyterhub.mosaic-data.org for MOSAiC. Additionally, personal instances of Jupyterhub are available for users or workgroups on request. They have a limited life span, after which they are deleted automatically. As described before, custom environments remain, as they are stored in the user’s home folder and remain available in all instances of Jupyterhub at AWI.

The default user interface is the newly designed Jupyterlab UI. However, you can switch to the old interface by clicking “Help” in the menu bar and then “Launch Classic Notebook”. The old documentation can be found here.

The left sidebar contains tabs for a file browser, a list of running notebooks and terminals, a list of open tabs, etc. It can be collapsed and expanded by a click on the tabs icon.

Existing notebooks can be found by the “file browser” tab in the left side panel (first icon) and opened by a double click. A right-click on an item in the file browser opens a context menu for file download, copy, rename, etc.

The “Launcher” starts new notebook documents. It is accessible either by click on “File” -> “New Launcher” in the menu bar or by click on the plus-symbol in the file browser tab in the left side panel.

The Launcher shows an icon for a new notebook for each installed conda environment (see below). The complete name of an environment is shown when you place the mouse pointer over the icon for a second.

The official Jupyterlab manual can be found at https://jupyterlab.readthedocs.io/en/stable/user/interface.html

A notebook document needs a connected kernel/environment to be executable. The active kernel is shown in the upper right corner. A click on that name opens a menu to change the kernel.

All input in a notebook document is organized in cells, of which different types exist:

Code cells contain (Python or R) source code, they can be executed interactively by the selected kernel. The output is shown below the cell.

Raw cells are formatted like code cells but are not executed.

A cell can be executed by clicking the “Play” button, by the shortcut “CTRL” + “Enter”, or by click on an entry within the “Run” menu in the menu bar.

The selected cell has a blue bar on the left side. In “editing” mode it also has a blue frame around it.  The modes can be switched by the “Esc” and “Enter” key respectively.

Up/down keys: scroll up and down the cells

A conda environment combines an interpreter (e.g. for Python or R) and installed libraries under an explicit name. Such an environment can be available centrally on a server, which makes it available for all users of that system, or locally in the user’s home folder. Centrally stored environments are read-only. You can use them, but you cannot add or change libraries. If you need further libraries or specific library versions, you need to create a custom environment in your home folder.

The graphical package manager is started by clicking “Settings” -> “Conda Packages Manager” in the menu bar.

Handling environments in the terminal

Conda paths need to be set once by the following command:

If you use Pip, please activate the environment first: